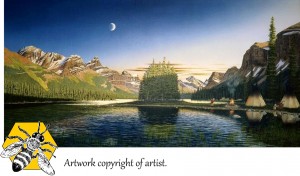 This work will be in the Rose Theatre Gallery, September 2016 as part of the 8 Buzz Artists Exhibit.

“This Painting was conceived during a 5-week camping/hiking trip with my son Paul in Jasper National Park, Alberta Canada and inspired by the same image on the back of the former Canadian 20 Dollar bank note (out of circulation since the 1960s).”

“It was sketched on location, but completed in my studio.”

For more examples of Conrad’s artwork, see his category on Big Art Buzz or visit his website. 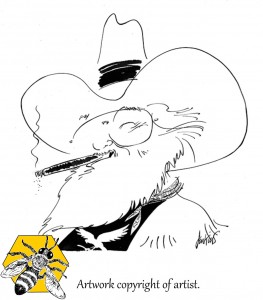 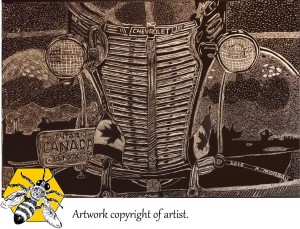 Keith is the artist behind Big Art Buzz and welcomes you to the creative hive.
To see more of Keith’s artwork, check out his Facebook page.
Now with an Album “Perspective Lessons Plus”
The above artwork was completed on August 16, 2016 for Keith’s October show at the Rose Theatre Gallery in downtown Brampton. The exhibit is titled “All the Grills I’ve Known Before”. 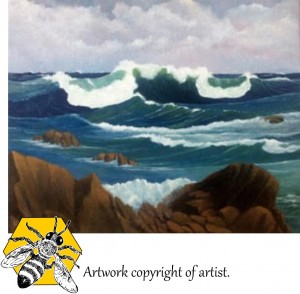 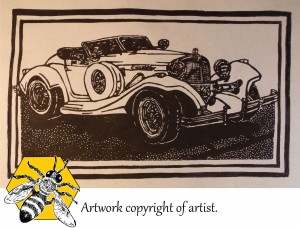 Created for October art show “All the Grills I’ve Known Before” in the Rose Theatre Gallery, Brampton

Keith is the artist behind Big Art Buzz and welcomes you to the creative hive.
To see more of Keith’s artwork, check out his Facebook page.
Now with an Album “Perspective Lessons Plus“